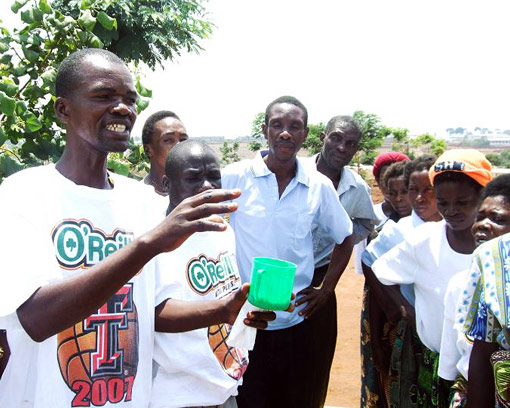 LUBBOCK, TX (January 29, 2016) - Breedlove Foods, Inc. launched its national campaign "Breedlove for Africa: Spreading Hope One Meal at a Time" (#Breedlove4Africa) on Friday, January 29, 2016 with the goal of raising $75,000 in an effort to send three containers of its dehydrated food blends to countries in eastern and southern Africa. The donation is a response to the current food crisis caused by the worst drought the continent has suffered in nearly five decades.

Breedlove Foods Board Members have pledged to match money raised by giving an additional $75,000 to the campaign, bringing the total amount to $150,000. With that, Breedlove Foods will fill and ship three full containers of dehydrated food blends to countries in Africa to offer nearly three million meals to people in need.

Due to El Nino, some regions of Africa are experiencing a diverse range of unusual weather. Areas are suffering harsh drought conditions while other areas are being pummeled by periods of excessive rain—both causing catastrophic crop failure and loss of livestock. In Ethiopia, the number of children requiring emergency food aid has doubled in the past three weeks. In the Eastern part of the continent, Malawi has 500,000 children under the age of five who are facing exceptional food shortages. The remaining regions of Eastern Africa, as well as the Southern part of Africa, have figures that are just as alarming. Two million households in South Africa are facing water and food shortages caused by the worst drought since 1982.

The Breedlove food consists of a dry lentil and dehydrated, unflavored vegetable blend that is prepared as a soup. It is easy to digest, contains complex carbohydrates (essential for energy), and can be seasoned to accommodate local food culture. The blends also have a two-year shelf life, making storage easy. The preparation is simple and its versatility results in more than 300 recipes.

Africa's need for assistance during this current food shortage is dire. Since its inception, Breedlove has served over 65 countries around the world, including disasters such as the earthquake in Nepal in 2015 where it furnished almost one million servings of food.

Breedlove provides food for the world's hungry, from the United States to over 65 countries around the world. Our foods are utilized in educational and medical institutions, nursing homes, in disaster relief operations, and abroad, where people are vulnerable to food insecurity.